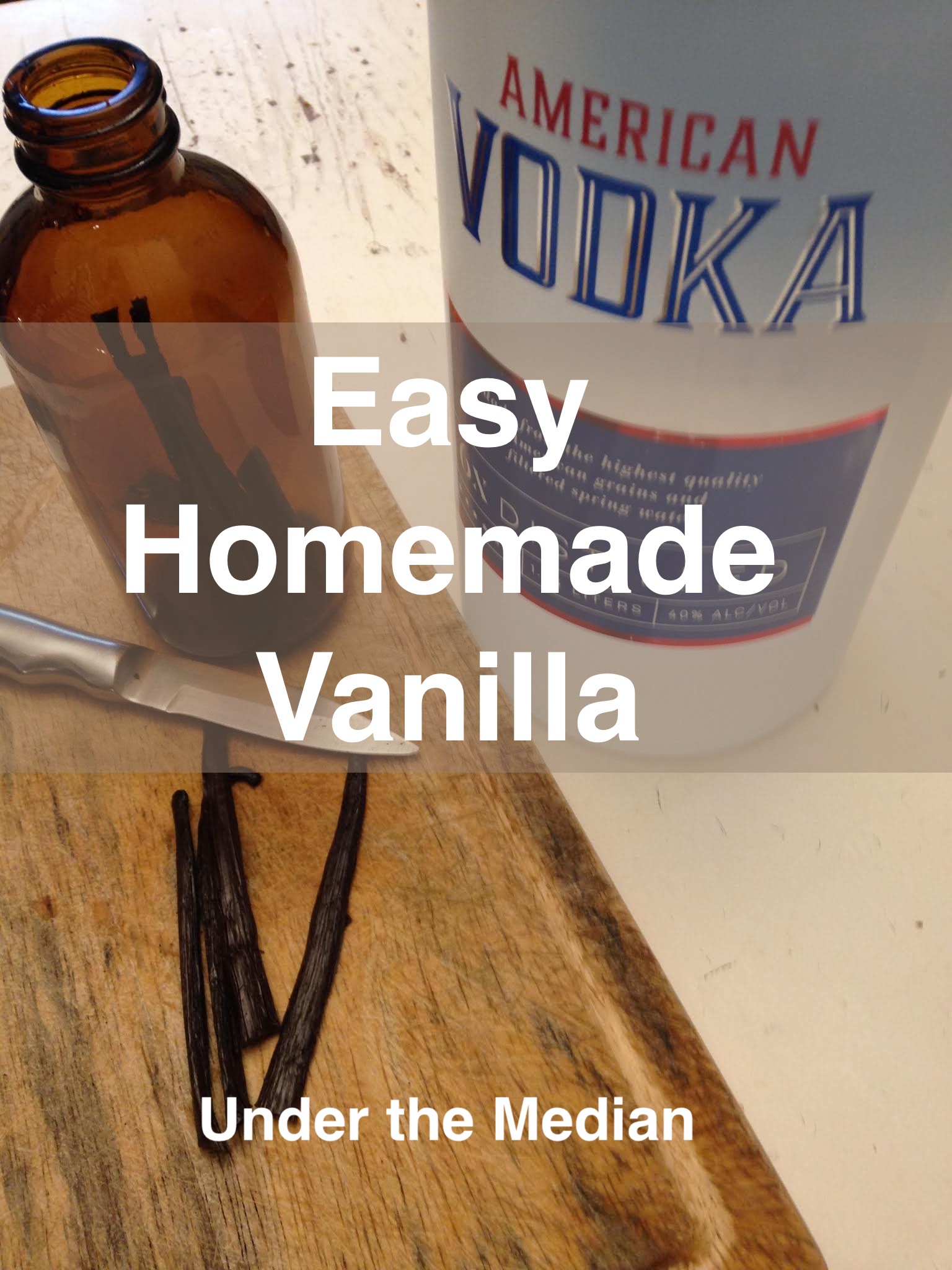 Three years ago, I headed over to SAMS to replenish my dwindling supply of vanilla. I could not believe the astronomical jump in the price of vanilla. That’s when I decided to ditch those tiny bottles of liquid gold and begin making my own.

Vanilla-making is incredibly easy. Not only that, it’s far less expensive and – huge bonus – you can reuse the beans. That’s right! I purchased my beans in November of 2018 – and I’m using the exact same vanilla beans, today.

Clearly, when it comes to saving money, in this case the DIY version beats the supermarket version hands down.

(This post contains affiliate links.  If you make a purchase, I will be compensated.  Thank you.)

When it comes to vanilla beans, the first thing you need to know that there are two grades. The designated grade has more to do with purpose than quality.

Grade A beans, which are plumper and generally larger overall, are most often used in cooking. They are easier to slice open to access the paste-like interior flesh of the bean. Grade A beans give you an instant kick of flavor in your food. Although more expensive and used less often for making vanilla, some say that they prefer the more pliable Grade A beans.

Grade B beans are generally smaller and more dried. The flavor is meant to be released slowly. They are also less expensive than Grade B. Although, as I mentioned, there is some debate, most agree that Grade B beans are fine for making vanilla at home.

For comparison purposes, you tend to be able to get twice as many Grade B beans as Grade B Beans – for the same price.

Choosing the Country of Origin

Beans from Madagascar tend to be sweeter and have an odor which is traditionally associated with vanilla. Tahitian beans are fruitier, while Mexican beans give a more woodsy taste.

I chose Grade A beans from Madagascar – and I’m still using them three years later. However, they are now beginning to lose potency. So, in the near future, I’m switching to Grade B vanilla beans from Tahiti.

Vanilla is created by soaking the beans in alcohol. Proofs between 40 and 80 are most effective when making vanilla. Because of its neutral flavor, vodka is most often used. Rum is a second choice, but will result in a spicier flavor.

Although vacuum packed, vanilla beans are rather perishable.  You need to use them within a month of their arrival.

Some directions assure you that slicing is not necessary.  Others say to cut the beans into small pieces.  Regardless, of how you get those beans into the alcohol, the flavor will diffuse right through the wall of the bean.

Given the fact that I immediately smelled a distinct vanilla flavor even before I opened the vacuum-sealed package, I have no doubt that this is true. Being a “split the difference” person at heart, I split one bean straight down the entire length and cut the others in half.

I chose an 8 ounce dark glass jar.  Nothing I read on-line suggested that dark glass was any better or worse than clear glass.  But, the vanilla does need to cure in a dark place.  So, it made sense to me to put it in a dark glass jar.

Step 3:  Cover with vodka and seal.

Be sure the vanilla beans are covered completely in alcohol.  Leave enough space at the top so that you can shake the mixture.

Step 4:  Let the mixture diffuse for at least a month.

Leave the jar in a dark place for at least a month and up to six months, shaking vigorously once a week.
Much like reusing a tea bag to make a second and third cup of tea, after a couple of uses, the beans will  no longer flavor the strong alcohol.  Once the beans have lost their effectiveness, you can remove the beans and place them in a bowl of sugar to make vanilla sugar.

It makes good sense, given the cost of the beans, to “top off the bottle” with more alcohol once you have taken out half of the vanilla.  If you add more beans periodically, and you can keep the same jar of vanilla going for years.
If you’d like to give it a try, there is a list of supplies and links below.

Slice the vanilla beans down the center or across the middle into as many pieces as you would like.  Place the pieces into a glass jar.  If slicing beans lengthwise, you will need to be sure that the beans are able to fit fully upright in the jar.  It is fine to cut the beans in half if needed.

Cover with at least 80 proof alcohol – vodka is preferred for its neutral flavor.  However, rum may be substituted.

Place the lid on the jar.  Shake vigorously.  Then place in a dark, cool place, for at least 30 days and up to 6 months, shaking once every week.

The vanilla is done when the vodka taste has been replaced by the vanilla flavor.

At this point, you may use a small funnel to place some (or all) of the finished vanilla into a smaller bottle. I, personally, keep half of the vanilla in the original bottle. Then, I “top off the jar” with more alcohol and allow it to re-diffuse for a few weeks before continuing use.

You may add fresh beans as needed, keeping the same batch of vanilla going for many years.

After the initial beans have lost their essence, remove them and place in a jar of sugar to make vanilla sugar.

For a free, downloadable PDF of the step-by-step instructions, click on the button below.

Free PDF of the Instructions

Did you make it?

If you’ve made vanilla or you give this recipe a try, I’d love to hear about your experience. Drop me a note in the comments section.