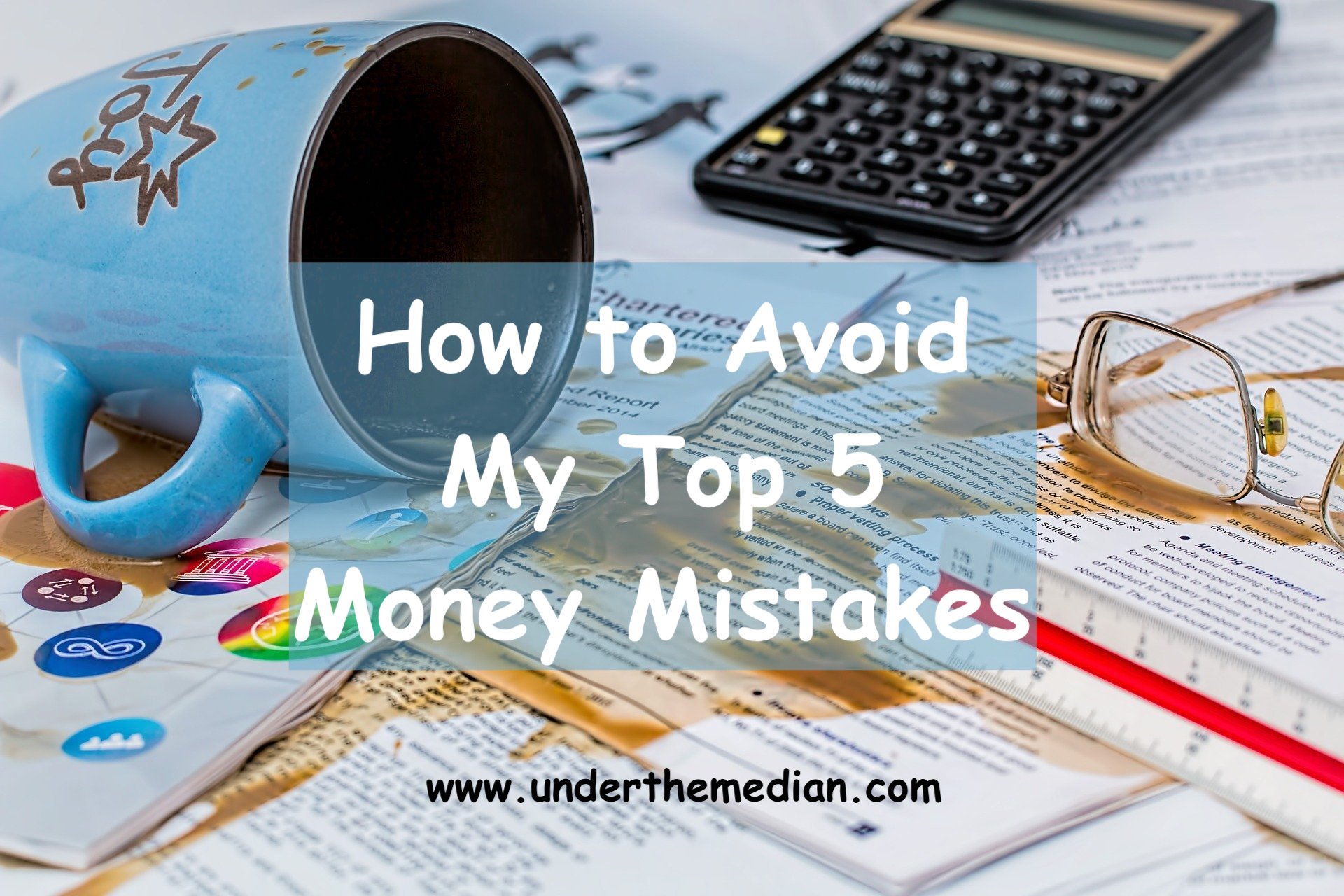 Over the past 32 years of marriage, my husband and I have made our fair share of mistakes with money. However, you can learn from our example and avoid the same pitfalls.

To hear the stories behind the mistakes in honest (and hilarious) detail, watch the video or keep reading for my candid advice on how you can avoid doing what we did.

Here are our five worst financial mistakes, in order from least offensive to the most egregious.

Mistake #5 – Not Having a Budget

My husband and I wed in June of 1988. By the end of August, our bank statement indicated a balance of $29. Given the fact that the credit union required us to leave at least $25 on deposit to keep the account open, we were (for all intents and purposes) flat broke.

That was our first wake-up call. We began listening Biblical money management advice on Larry Burkett’s program every day on the local Christian radio station and systematically reading every book on finances that I could check out from the public library.

Slowly, we began to build a plan to track our expenses, pay our bills, and save for the future. Living on a budget soon became second nature.

You would think that not budgeting would rank much higher on my list, especially given the fact that we were flat broke just three months after our wedding. But, we’ve actually made greater mistakes than living without a budget.

Always have a written budget. And then write down your expenses to insure that you are actually living within your means and making headway on your short, medium, and long-term goals.

I also call this story, “Never take a loan from a payday lender.”

We were purchasing new windows for our home. We had cash all saved and allocated for the project. Then, a well-meaning family member told us to take the 180 day, zero-percent, same-as-cash offer and leave that six grand in the bank on interest.

Here’s the deal, that’s called OPM (Other People’s Money). That means that we were, in effect, using other people’s money for six months, instead of our own money.

That, my friend, is always a recipe for disaster. The loan came from a well-known pay day lender. If we missed a payment, an astronomical interest rate would immediately be applied to our loan. Additionally, the interest would be backdated to the first day of the contract. That’s right! All zero percent interest rate offers are loans – and 75% of them are not paid back on time.

We made two payments. Then, I marched into that agency, wrote them a check, and ditched that debt at lightening speed. Lesson learned.

Be very careful when taking advice from others. If what they say varies vastly from what you’ve been told, take some time, sleep on it, and think it over. Check with others. Get more information. If their advice proves sound, you can always follow it later, rather than acting quickly and regretting it later.

Mistake #3 – Panicking in an Emergency

About twenty-five years ago, my husband was in a minor accident. It wasn’t his fault, but our beloved Chevette was totaled. We decided to take our time finding a replacement. However, the other guy’s insurance stopped paying for a rental car after just a few days.

I was getting rides to and from work with a co-worker and we were feeling the need to find new wheels in a hurry. We panicked and it cost us a great deal of money.

We test drove a station wagon, which actually broke down while we were test driving it. We still bought it! Yes, we make stupid mistakes sometimes.

It wound up being a costly error and within a few months, we ditched the lemon and paid a lot more from our savings than we wanted to for reliable transportation.

We now follow a five-step plan for emergencies. It involves thinking rationally, getting all the information, and carefully evaluating our options.

Mistake #2 – Not Having Written Goals

After discovering that we were flat broke just three months into our marriage, we began to figure out how to live on a budget. After a few months, we actually had a nest egg. However, instead of allocating that money for future (written) goals, we viewed it as, “One, great, big, glorious, green pile of cash”.

When our van needed replacing, we spent way too much of our savings on a newer van. We spent $17,000 when we should have been looking in the $8000 price range.

If we had been taking note of our savings, and matching those dollars up to specific goals, we would have been far better off and a lot further down the road to reaching those goals.

Have a written list of short, medium, and long term goals. Yes, even if you have a less-than-average income, you are not excused from this step. In fact, if anything it’s more important that you follow it. Having written goals and establishing a plan of action for reaching them are your first two steps in realizing your dreams.

Mistake #1 – Not Saving Early for Retirement

Oh, how I wish there was a magic portal that would allow me to go back in time and save even a hundred dollars a month toward retirement beginning at the age of 20. Seriously! All the compound interest would mean that my husband could retire, relieving us of a lot of stress.

But, that exists only in movies and fairy tales.

In the real world, we didn’t begin seriously investing in retirement until my husband was in his mid-forties.