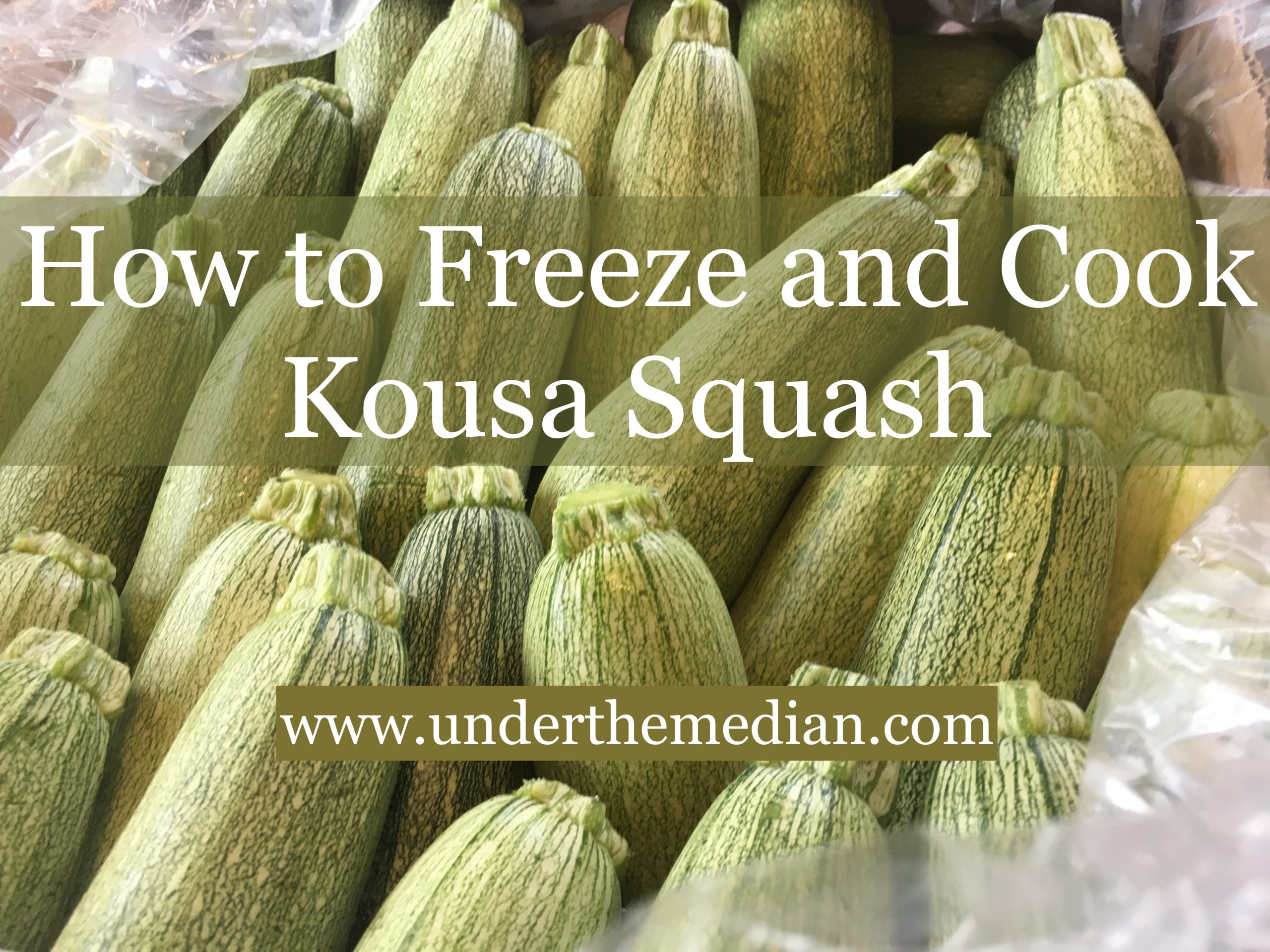 Kousa, a short, wide Middle Eastern squash, is the perfect size for stuffing. It is sometimes called Lebanese squash, Mexican zucchini, or gray zucchini and sports spelling variations like: coosa, cusa, or kusa. Whatever you call it, kousa squash is a true delight.

Although generally treated as a vegetable, kousa squash is actually the swollen center of the flower, making it botanically a fruit. The fact that it is savory accounts for the confusion. No matter how you classify it, this squash is a delightful addition to your summer menu.

Originally hailing from the Ottoman Empire, Lebanon, and Syria, this squash has deep, historic roots in traditional Middle Eastern cooking. Typically stuffed with a mixture of lamb and rice, it lends itself easily to a vegan version of herbed rice. The squash is then covered by a spicy tomato sauce and cooked in the oven or on the stovetop.

I got hooked on this squash a couple of years ago and was delighted to find it at my favorite local ethnic market. The owner asked if I wanted a case lot. I was unconvinced until I saw how beautiful it was – first of the season and every squash was absolutely perfect.

The fact that Sieed told me that I could core and freeze them for later use, sealed the deal! I bought an entire case, paying the equivalent of 25¢ for each squash. That means I can easily feed my family for under $5.00 for an entire meal (including the side dishes)! This is definitely a win-win!

(Posts on Under the Median contain affiliate links. To read our complete affiliate policy, click here. When you make a purchase through one of our links, I will receive a small commission at no additional cost to you. Thank you.)

The thin outer skin never needs to be peeled and is tender and delicious when cooked. Just a simple wash and dry will suffice before coring the squash.

There is actually a small and inexpensive (but, very effective) kitchen gadget made specifically for coring squash. You can buy one at Amazon for under $10.00. It looks an awful lot like a traditional vegetable scraper/corer, but it’s longer.

I use my regular vegetable scraper by inserting it into the middle of the squash and turning until I have hollowed out a small area. Then, carefully inserting a knife, I finish removing the rest of the core.

Likewise, reserve the soft, inner core to use in making soup or as a filing for omelets, or casseroles. Be sure you use it up quickly though, it becomes unusable (and slimy) after a couple of days.

Use Now or Freeze for Later

You can actually freeze the squash at this point for later use. Just throw them in a plastic freezer bag, remove the air, and seal. That’s it! I have seven bags in my freezer. Each bag contains nine squash. So, my winter menus will be punctuated by periodic splashes of summer in the form of stuffed kousa squash.

I found my very favorite recipe at Plant Based Folk. This is, hands down, the tastiest (and easiest) recipe that I have found for kousa squash on the internet. If this doesn’t sell you on plant-based eating, then nothing will!

The rice stuffing is fragrant, with the perfect blend of vegetables, herbs, and spices. I ate the leftover stuffing for lunch the next day and the kids were all standing in line vying for a portion of it.

The dish is finished by cooking it in a seasoned mixture of tomato paste, thinned with water.

The end result is, well, divine!

Here’s a link to the recipe from Plant Based Folk. It is absolutely the best recipe that I have found. Believe me, it has my kids asking me, “Mom, when are we going to have kousa squash again?”