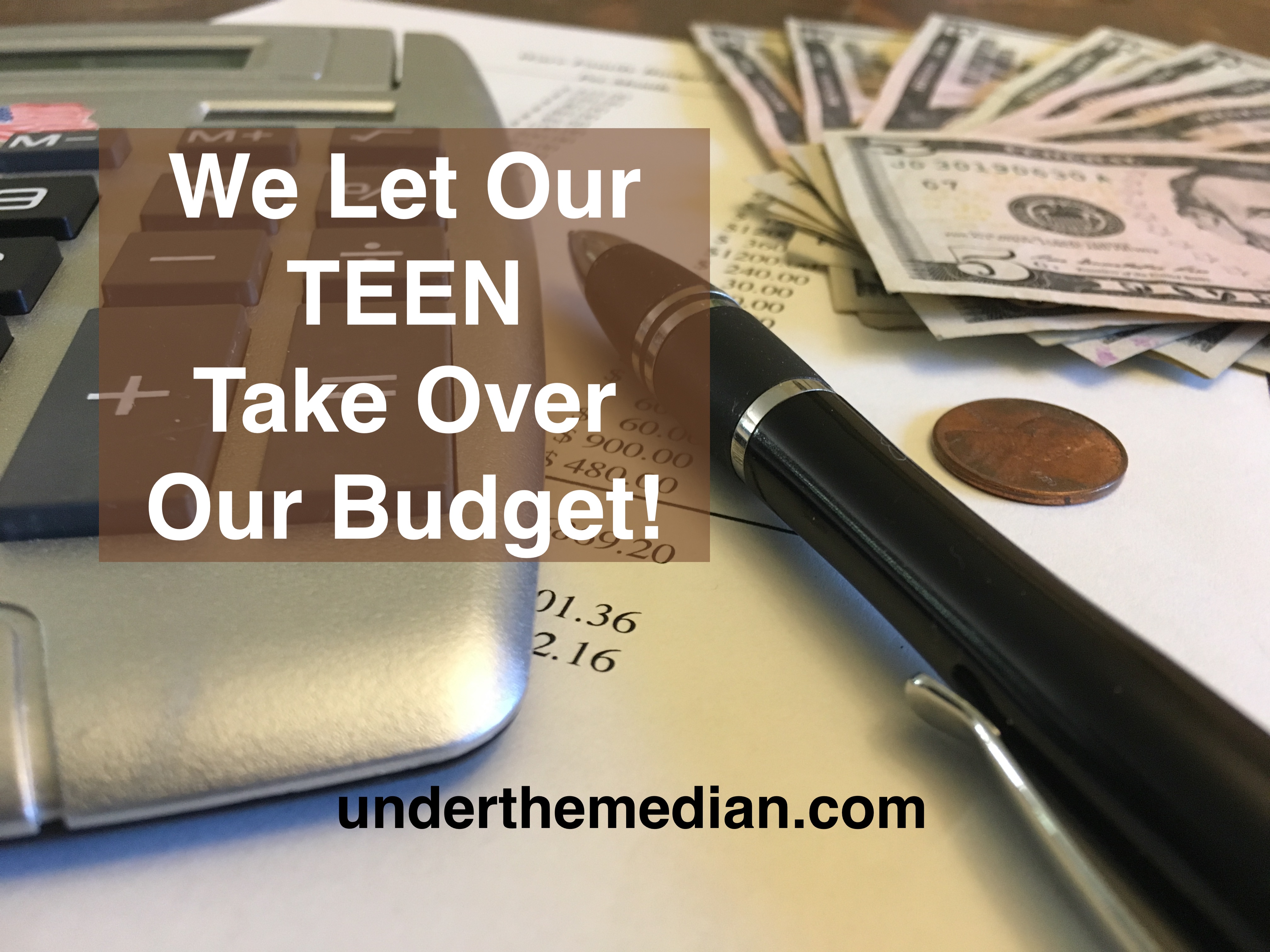 Seven years ago we allowed our teen to take over our family budget for six months!

In 2012 we decided it was time to make finances and budgeting REAL for our oldest son. He was 16 at the time. We put him in charge of our family finances for six months!

That’s right! We handed it over lock, stock, and barrel. Well, sort of. He couldn’t do something crazy like add cable television or buy a new car. However, he was responsible for entering daily expenses into our ledger, creating meal plans, grocery shopping, and churning out monthly budget totals.

So, how did our experiment work out?

Read on! You’ll learn why our children are not allowed to graduate from high school until they have handled our family finances for six months and what our oldest son learned from the whole experience.  At the end I’ll tell you how it impacted his life.

We began this process by enrolling our son in a six-week money management course, which we attended with him. This gave him a lot of Biblically-based knowledge about money principles in a logical and sequential manner.

Boom! He could immediately see that there is a HUGE difference between paying cash for purchases and taking out a loan! I LOVE on-line calculators to show kids real examples about money. Let them put in their own savings goals and amounts. They’ll begin to understand the importance of delayed gratification and long-term goals. Here’s the tool we used to calculate this monetary magic.  http://www.crown.org/FindHelp/Personal/Calculators/savingsgoal.aspx.

Give them the reins

Let them do it! After he completed the money management class, I opened up our finance books to our son. When a bill arrived,  he told me how to fill in the check (or make the transaction through our on-line banking account) and then entered the total amount in the proper part of our household ledger.

He entered all of our expenses into the ledger, kept track of each category, made a spread sheet at the end of each month showing what we spent in each category and what we averaged thus far for the year. He even made recommendations on what changes we needed to make in each category – if any.

Three weeks into the project, he began emoting about the grocery budget, “Mom, is this correct? We have just $35 left for groceries! Can I just take money from another category to pay for groceries? “

I answered his inquiry. “When you begin robbing Peter to pay Paul, you wind up in real financial trouble in a very short time.”  I then directed to the row of cookbooks in the basement, where he was instructed to match up recipes with ingredients already available in the house.  I assured him that if he became frustrated I would supply him with suggestions and recipe options. He was not required to do the cooking. But, I would be following his menu plan for the entire week.

He clipped coupons, scoured the ads, and found bargains. He planned the grocery shopping and the menus. Thankfully, we all also wound up being fairly well fed.

A week later, he totaled the grocery column and, to my delight, I heard his victory shout. “Yes! Mom!  We made it through the month and there is money to spare!”

In that first month of being the “budget king”, my son not only learned an important lesson about how tough it is to live within your budget, but also, how to trouble shoot, think outside the box, and employ creative solutions to common budgeting dilemmas.

I admit, this has a dual meaning. We homeschool. So, it was natural for us to offer our son high school credit for his foray into the world of finances.

More importantly, I mean that we need to give our children credit for being mature enough to learn real world, life-long lessons by taking an in-depth look at our family’s money.

I was actually afraid that the whole experience would take away some of my son’s innocence. He would learn just how hard it can be to “make it” on one income. I wanted to be sure that he retained his feeling of security. We don’t want our children to worry that “Mom and Dad won’t have enough money”.

To my surprise, rather than becoming overly concerned about money (or the lack thereof), quite the opposite occurred. As the weeks went by he began to give praise to God each time he saw a need being met. He became aware of how much money it took to raise a houseful of boys. We had many conversations about how to save money on every single budget category.

Give them a goal.

Our son’s final task was to look at the yearly totals in each category and set up the family budget for the following year. A sense of completion is important and the end of the year always seems like a time to take a deep breath and say “thank you” to God for helping us and blessing us.

For his final exam, he produced our “end-of-the-year log”. This document details our net worth, savings for the year, what percentage of our income went to each category, a list of our current short, medium, and long-term goals, and the 2013 Ware Family budget!

Whew! It was a lot of work!

When we began this project, I knew I wanted our son to take on our finances for at least six months so he could see seasonal fluctuations. I also was fairly confident that something unexpected would happen within that time frame — so he would get to see the emergency fund at work.

It did! He accidentally hit the garage door while I was teaching him to park in the driveway.  😁 This would be why my husband has taught the lad to drive and not me.

How does my grown son view money?

The proof is, so to speak, in the pudding. How did my experiment work out? How did this six month assignment change my son’s view about money?

My son is now 23 years old. He says that the life principle of living debt free was further ingrained in him by being in charge of our budget for six months. He also highly recommends other families to offer the same experience to their teens.

He received an “A”  in Consumer Economics, learned how to budget and make short, medium, and long-term goals, and discovered the importance of an emergency fund. He is still genuinely grateful any time we are able to give him something extra — not a needed item — but just something to bless him because he is our son and we love him.