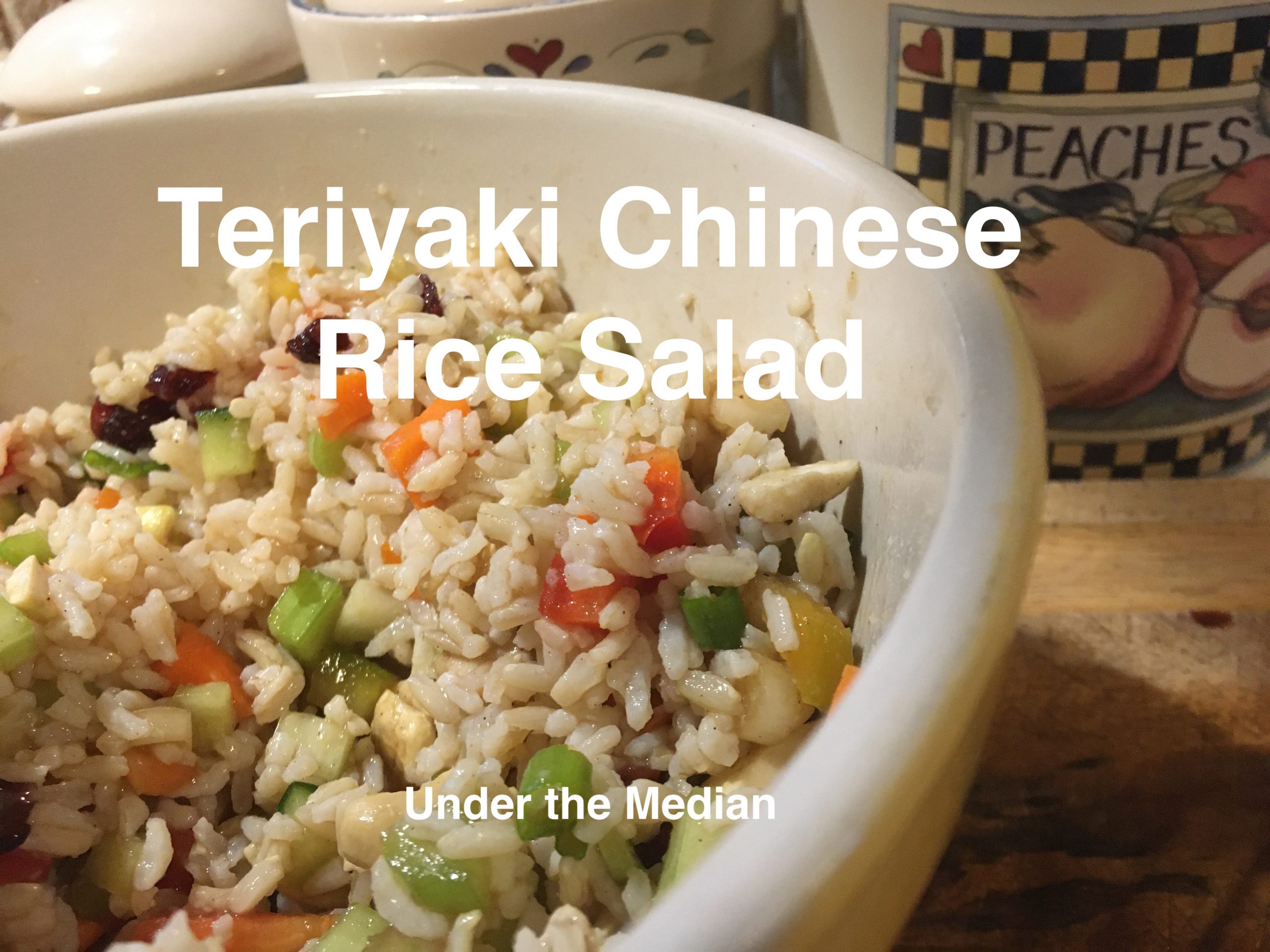 Traditionally used on meats, teriyaki provides an unusual, but tasty, surprise in this Chinese rice salad. I found teriyaki sauce on clearance at Kroger recently for 59¢ a bottle. Since we’re vegan, I decided to devise a way to use it on something other than meat.

I began with four cups of cooled, cooked rice which was half white rice and half brown rice.

We really like the slightly nutty, chewy texture of brown rice. It also allows the salad to hold up well to being stored in the fridge for up to a week without feeling gummy.

The combination of cooked, cooled rice with the crisp textures of celery, green onions, red pepper, cucumber, and carrot, resulted in a surprisingly filling and satisfying cold salad.

I topped it with a very easy homemade dressing made with two surprise ingredients: teriyaki sauce and a hint of Chinese five spice powder.

Place all the salad ingredients in a large bowl and set aside.

Add all ingredients except the soy sauce to a glass measuring cup and whisk to combine and pour over salad. Add soy sauce to taste. It will add sodium, but it also adds some color and flavor.

Mix gently until the dressing coats the salad. Chill until ready to eat. This salad will keep well in the fridge for up to a week.

At a cost of less than $2.00 for the entire salad, this is not only delicious, it’s incredibly economical.

Grab a PDF of the recipe.

Click Here for a FREE Copy of this recipe

Did you make this recipe?

Shoot a photo and post it to social media. Be sure to tag us @underthemedian.

Hi! We’re Larry and Hope and we love teaching families practical frugality and living with a spirit of joy and abundance. We raised our four sons debt-free, including paying cash for our home in 2010 on an income which was significantly under the national average.  Read our story, here.

From Our YouTube Channel: 50 Ways to Beat High Gas Prices in 2022